Continue with us as we explore fine art and famous artists this summer as part of the Summer Family Fun Series. This week, let’s have a closer look at Vincent Van Gogh. Here’s one of many of his self portraits… you’ll note that he doesn’t smile in portraits.

His biography details a lonely and short lived life but his legacy shall live on forever.  Click on the image for additional facts about Vincent Van Gogh and continue below for more ways to bring this master artists to life today.

Do you remember Make Van Gogh’s Bed from last week’s Summer Family Fun article?  This fun story features textures for children to touch in the artwork and features two of Van Gogh’s famous artworks: “Van Gogh’s Bedroom at Aries” and “The Starry Night”.  And while speaking of touching art, here’s a free interactive “Touch Van Gogh” app to get behind the scenes in the featured painting. Below, check out the video tribute to Van Gogh – it is beautiful and showcases the lyrics for “Starry Starry Night” to honor “The Starry Night” painting and his amazing talent.

A very clever resource is Who Can Save Vincent’s Hidden Treasure?

Click here for an interactive kid-friendly informative tool.  Learn about his drawings and technique. For a little nonsense fun, check out this little game.  And for something a bit more engaging… try this online puzzle of “The Starry Night”.

This post was not sponsored. The ideas and opinions expressed herein are strictly mine own.

So finally, the much anticipated, much needed summertime is on its way.  After such a hard winter… how are we to enjoy our summer?  If your family is anything like mine, ideas have been flying around for weeks – picking strawberries, swimming at the lake, going on a picnic and yes we have a family reunion on the horizon too.

For some, school is letting out soon.  For others – well weeks are left on the calendar after make-up days are calculated but that doesn’t mean we can’t enjoy the warmer weather and the lingering daylight.  To that I say…

Welcome to the Online Block Party, hosted by Open Hands.
We have teamed up with several other great bloggers to bring you ideas that will help make your summer BBQ or Block Party a huge success! We also have a great giveaway with a retail value of over $400 that one lucky winner will receive!
Enjoy our post for this event & then enter the giveaway below. You also will want to be sure to check out the other great blogs participating in the event.
~~
Block Parties and BBQs are popping up everywhere.  In fact, just this past weekend my daughter and I stumbled upon an Italian Festival.  Talk about a perfect opportunity to fold in some cultural learning.  We enjoyed music, cannoli, pasta and the Italian Market feel.  It was wonderful and we highly recommend world cultural festivals for learning fun.

1.  Take advantage of the outdoors and especially if you are in someone else’s backyard.  Prepare a simple scavenger hunt, or using magnifying glasses have children scope out different habitats (like this hole in our tree). One afternoon in our front yard we saw plenty of unexpected insect, plant and small creature habitats.

2.  If having a bonfire – take a moment to talk about the cool properties of fire.  Here’s a cute diagram of the science behind the ever-famous s’mores. Does chocolate melt faster than marshmallow?
3.  Have your son or daughter take food or drink orders for a small group or table.  This will help in sequencing skills (who ordered pickles, no pickles, tea with lemon, water w/ no ice, etc?).
4.  Make a new variation to Hop Scotch… whereby using a die and multiplication.  Toss the stone, roll the die and only move if you correctly know their multiplied product.  Or for harder multiplication problems – use 2 dice and 36 squares.
There are lots and lots of ways to have a great time learning outdoors – the important part is to have fun and learn as you go. Enjoy this beautiful weather and much luck on the giveaway!!

Mama on the Brightside – Easy Coleslaw
A huge thank you to our wonderful sponsors : Daddy N Company , Brylane Home & Wildtree with Kelly Velasco. 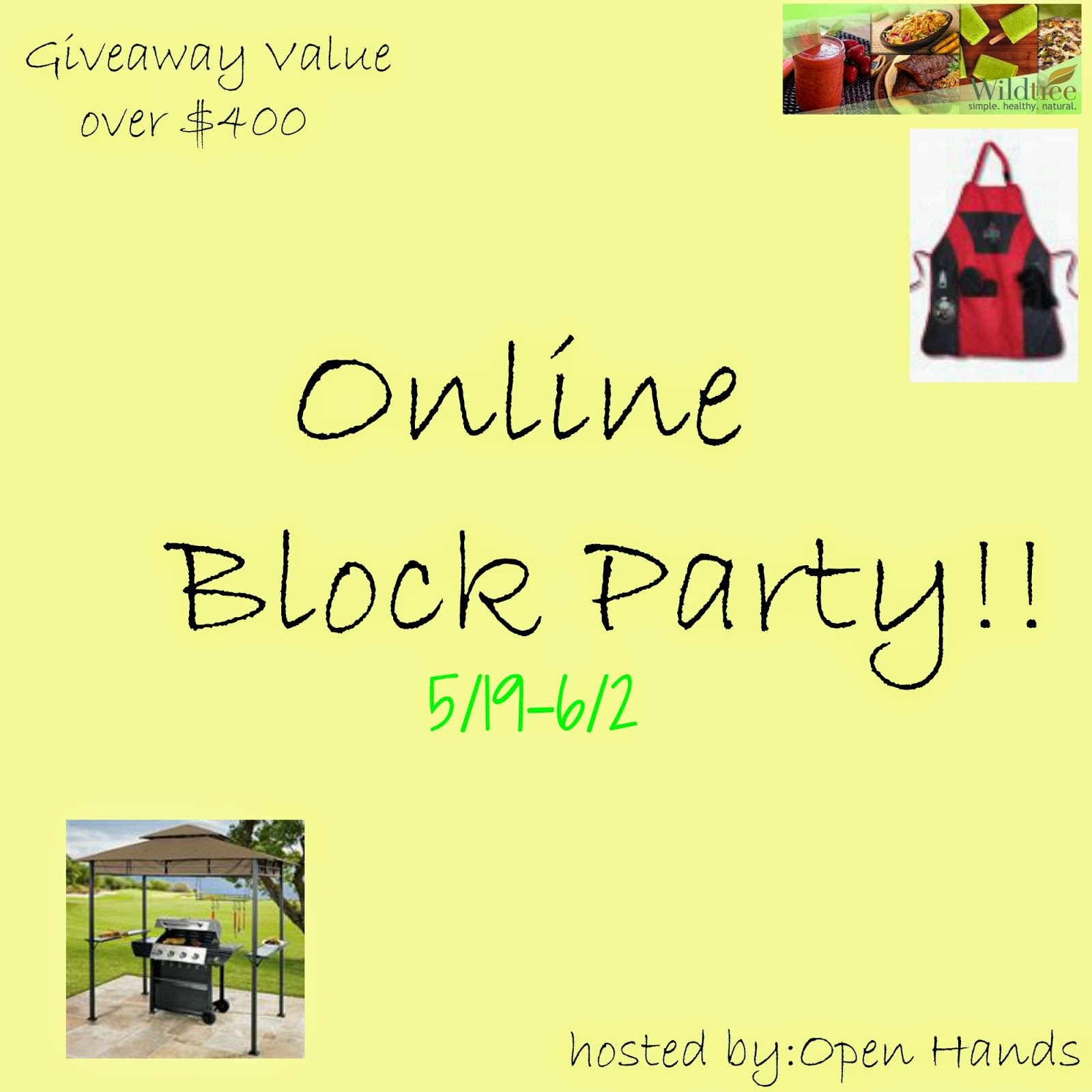 So who doesn’t just love a great summer flick? Weather you prefer the big screen, a flat screen or a double feature outdoor screen… the summer proves the best time for on-screen story time. I’ve recently been invited to preview a few summer movie releases from Phase 4 Films. Sometimes a good movie just offers an escape from our (or our child’s) everyday world and other times it holds an education purpose… and if we are really lucky – both.

I caught a couple of good ones and wanted to share a brief recap of these Phase 4 Films releases. Space Dogs

was released in June 2012 and was a cute animated story based on the real lab experience of launching two dogs into space on August 19, 1960. The story really demonstrated how very different the main characters (dogs Strelka and Belka) were from one another. Be sure to watch the credits with live action footage of Strelka and Belka and the space rats… I wasn’t sure if this was an embellishment for the animated story line but sure enough I was wrong and they did actually send mice and rats into orbit with these dogs. The true story made headlines in its time and I felt this cute cartoon feature was worthy of a headline here. The DVD includes a free downloadable activity kit, so be sure to check those out to accompany the movie. You can learn more about Belka and Strelka by clicking here or the youtube video below. You can purchase the video here

offered an action packed cartoon adventure, although not much by way of education value. Although I will say I liked how they gave character to each of the planets. Our solar system can be an abstract concept for children, so I appreciated the animations they created. The story takes place in a magical kingdom called Dreamzone, ruled by King Maximus until he is captured by his selfish brother. The plot is to free the king and restore the kingdom by overcoming the evil Dreadmis (king’s brother). Kiara the Brave also offers some DVD special features including an activity kit, movie trailer and a slide show. After viewing the movie I would encourage some fantasy play or creative writing activity inspired by the story line and characters (including the planets). Kiara the Brave was released in June of 2012 and can be purchased via Amazon by clicking Kiara the Brave

. Rated PG with a running time of 80 minutes.

was a humorous tale of a boy named Victor and his dog who longed to participate in a local circus performance. Victor proved to be a clever little boy when it came to dealing with the town’s bully, Freddy. This might be a good opportunity to discuss anti-bullying concepts, especially since in some cases Victor and his friends could have avoided situations. Check out Smitty

, another dog-featured, heartwarming family-friendly film. Smitty touches on the issue of bullying but mostly focuses on the main character, Ben and his new dog. Ben must spend the summer on his grandfather’s Iowa farm. Ben’s grandfather gets him a farm dog to teach him responsibility and keep him company. Ben’s summer on the farm teaches him about work ethic and responsibility. As the story unfolds, Ben is also learning life lessons on friendship and family. In the spirit of disclosure, I will mention that Ben (in Smitty) uses the word “jackass” in a small scene when he first meets his grandfather. Both PG rated films were released in July 2012. Freddy Frogface

and has a 94 minute run time. Each of these films offer special DVD features including segments on how they were each made. Dogs offer a great variety of value to our society and these Phase 4 Films movies showcase very different roles they play from Scientific exploration, entertainment and lessons on loyalty and love. Consider an expanded lesson on dogs in our world – past & present. There are many resources to use in connection with these films to highlight this special species. These include a PBS broadcast movie and a couple of good reference books: NOVA: Dogs and More Dogs

is a cute tale about a boy named Sam who fears everything, until he is given a magical pendant. This film releases in August 2012 and is based on a popular international animated series. The pendant that Sam received gave him a new friend, Bernard and new found courage. Bernard helps Sam overcome his fears. To expand on this story line, you could create a storyboard with your son or daughter to include one or two of his/her fears and how a magic pendant could save him/her from these fears. The movie is narrated making it unique to many films today where animals are speaking and communicating as we do. This film is waiting for a rating but definitely family-friendly in my opinion. My Friend Bernard

can be purchased from Amazon and runs 70 minutes long.

Another August release is Rock Stars. The trailer for this one looked soooo adorable!! The story features Glee’s Jane Lynch and is about two earthworms, Barry and Gloria who join forces to create the greatest disco band. As earthworms they are at the bottom of the food chain and least popular species among the community. But with a dream and a team, they pull together a great little band and win the hearts of the locals. This is a fun way to introduce the disco era to your kids… it’s catchy and cute. It as a running time of 78 mins and is rated PG. Clever favorite of mine.

. Rucio is the brave and sassy donkey that accompanies Don Quixote and Sancho as they battle The Half Moon Knight. Again a disclosure note that at some point the word “damn” is used and there was one scene that emphasized breasts (character grabs her boobs to say she’s a “real” woman). Cute film with good humor but again it comes from a great classic, so hard to go wrong. My little one is asking to watch it again and again. Purchase this title here

. Donkey X is rated PG and runs about 90 minutes.

All of these Phase 4 Films features can be found at Target, Walmart and Amazon

as well as rented at Redbox locations or through Amazon.com

. I was issued copies of each of the movies to view with my family and the expressed opinions here are strictly my own (or my children’s). We were not compensated for this review.

Tell us what’s been your summer favorite flick so far?